We live in the world of a strong economic growth, where the two most developed and prospered countries are the USA and EU. Our culture and economies are well developed, our life span is above world’s average, we have very strong institutions and stable politics. However, as our economies have been developing, it has been harder to achieve high GDP growth with every year. That is normal in the economy – countries with bigger GDP have smaller growth rates than the ones with smaller GDP. That also means that our daily lives are becoming better but slower than ever before. The aim is to sustain the big and stable GDP growth by all means. Many scholars consider Transatlantic Trade and Investment Partnership to be the tool that could lift economic relations between the countries on a higher scale, create the biggest economic integration and enhance GDP. However, can the “tool” solve the problem which would lead to a higher standard of living? There are various aspects which need to be observed in order to find solutions.

Transatlantic Trade and Investment Partnership (TTIP) can create better conditions to encourage faster GDP growth for both partners. Faster economic growth should be encouraged by economically more liberal and standardised trading system between the countries, stronger job creation and more investments. That can be achieved by reducing tariffs on trade between the EU and USA, especially in highly regulated industries such as automotive and pharmaceutical industry. Besides lowering tariffs, one of the goals is to standardise the standards in both countries which can also stimulate the trade make it easier. It is easier, simpler and cheaper to create a product by the standard that is acceptable in both countries. Today, every country has its own standards which can be expensive to satisfy. Along with facilitating the existing trade, this will be helpful to redirect trade with non-partner countries to the country partners and to create new trade opportunities with simpler conditions. Likewise, stimulating the trade, standardisation of the legal framework will also have positive impact on more investments. With the same or at least similar legal frameworks in both countries, investors can invest in partner countries with less risk and fear of misunderstood rules of investing. The components can lead to a stronger job creation, bigger income per capita, better life standard and a faster GDP growth rate for both partners.

Another very important aspect to consider is the similar culture of the EU and USA citizens, which is very important for increasing the trust among members. Maybe we are not aware of this, but citizens of the EU are on a daily basis consuming products or services that come from the USA. We are watching American movies and series and we are certainly using American products online such as Facebook or Twitter without even thinking about their origin. This also includes some basic values such as personal liberties, human rights, democracy and liberty. Maybe it sounds silly, but try to imagine how harder it would be to achieve a deeper economic integration with more different cultures, eg. Chinese or Japanese. It is not impossible, but having a similar culture is very important for a successful economic integration.

Finally, EU has very strong institutions which can enforce the agreement, prevent potential abuse and protect its citizens from the negative output. EU has been building its democracy throughout very long time and sometimes with very serious challenges during the two world wars. That is why today we are having a very complex legal framework but which is protecting the citizens of the EU. We have European Parliament, European Commission, European Council, European Central Bank, European Court for Human Rights and many more agencies and government bodies along side the national governments! With all these institutions which should be taking care of its citizens interests during the negotiation process and should protect them in case of some later negative output or abuse. This is also very important for the agreement enforcement so TTIP would not be just a wish list on a paper but to take some real effects.

On the other hand, TTIP could mean lower income and higher costs for the governments. By lowering tariffs, EU budget and national governments are losing the money that would otherwise be collected by taxing of import and on tariffs. Lowering tariffs could increase trade but not sufficiently to compensate the lower income which is collected by taxing the import. Less money means that budgets needs to be cut which is leading to poorer public services. In that case, there would be less money because the cost of the enforcing new rules from the agreement could be very expensive. Trade agreement which is bringing less money and higher cost is not really the agreement which any country hopes for.

Secondly, trade agreements are leading to the polarisation of industries. It is very common that companies are moving from one side of the country (or more countries) to the other one because of better conditions. In Italy for example, much of the industry has moved to the north of country leaving just tourism and agriculture in the south. Similar could be the case between EU and USA where profitable and high skill industries as IT could massively move to the USA leaving in Europe only low income jobs. This could also lead to the lower living standards on one side and rich people on the other side of the Atlantic. This could happen in long term and it is hard to regulate it, since both countries believe in some form of the (regulated) free market and it would be against the market rules to forbid this kind of polarisation.

Last but not least, negotiating a trade agreement is always a risk for both countries. You can never be too sure what the economic result of a trading agreement will be, and which country will benefit from it the most. Sure, you can have a very carefully planned negotiation process but it is very hard to predict all of the effects in the long run. As in a short run, some people are already now scared that EU will be flooded with low standard food which can be found in the USA. Low quality food could also have an impact on the health care, and then on a the social care. There is also a risk that TTIP will not encourage new trade or investments and creat new jobs. Or, there is also a risk that only one country will have a positive impact from a trading agreement such as attracting more investments.

Overall, the positive side of the TTIP is ensuring a faster economic growth for both countries. Also, there are many fulfilled conditions like similar cultures and strong institutions for a successful economic integration. However, at the same time there is a risk of high costs, polarisation and it is hard to predict who will be a the winner in the long run. In my personal opinion, TTIP will encourage new trade, investments and new jobs which will then lead to the faster economic growth, and that positive effects will be much greater than the negative ones for both, the EU and USA. 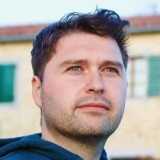